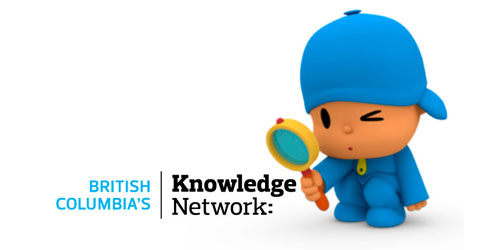 Pocoyo continues to expand its presence in new platforms and countries. The educational television network Knowledge Network in Canada has been one of the latest to incorporate the series in its programming. The corporation, whose coverage spans the area of British Columbia, has acquired the broadcasting rights for the third and fourth seasons of the series, different special content produced for Halloween, Christmas …, and a compilation of 53 musical video clips. The agreement contemplates its broadcast both by cable and through VOD, available throughout the territory in Canada.

In this territory, the station is the audience leader for the public from two to six years old in the morning slot and reaches an average of 1.5 million viewers, which represents more than a third of the local population.