The list of Mexican Pocoyo licensees continues to expand. Together with its agent in this territory, La Panadería, Zinkia has closed an agreement with Nûby, a brand dedicated to the baby care industry, which includes an extensive list of products based on Pocoyo, mainly baby bottles, cups and children’s tableware.

Another of the new additions in this field is Aquaclyva, a Mexican company with more than 30 years of experience dedicated to the purification and bottling of water. The alliance with this company marks the market launch of 250, 600 and 900 ml Pocoyo water bottles.

The company TexHausen (Hilasal) has also become a new Zinkia licensee for the sale of Pocoyo towels. 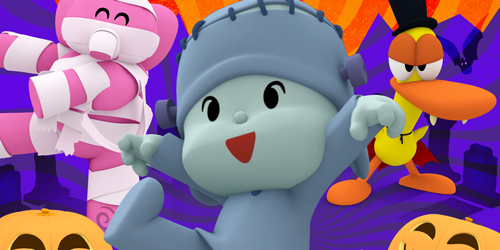 Halloween is one of the most anticipated holidays for children and a real event in many countries. For this reason, at Zinkia we have made different proposals in which there will be no shortage of pumpkins, ghosts, vampires…, so that the little ones can have a great time with Pocoyo and his friends.

Among them, the special “Day of the Dead”, with more than 121 minutes that includes chapters such as “Elly’s Auntie Fanty”, “The terrifying spectacle of Pocoyo and Nina” or a “Very Martian Halloween”.

The little ones will also be able to enjoy the Halloween Special, with more than 121 minutes of fun and 20 episodes such as “The Halloween Elf Mask”, “The Mystery of the Monster”, “Halloween Disco” or “Halloween Stories”, among others.

An application that, in addition to guaranteeing fun, helps the development and eye-hand coordination of children, improves concentration and excersizes fine motor skills, while stimulating them with its colorful images and sounds. This children’s game is also available in Spanish, English and Portuguese, making it ideal for learning different languages. 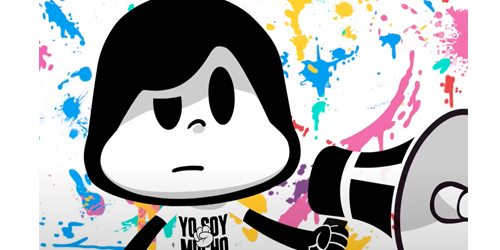 The animated character, Muchoyó, leader of the social movement in favor of children, The Children’s Revolution, already has more than 8 million views and 600,000 reactions on his social networks in his first month. On Tik Tok, the figure has been especially significant with more than 1,400 ticktoker videos featuring Muchoyó’s song and 23 million video views with the hashtag #Muchoyó.

These results make Muchoyó the most popular animated social leader among Generation Z, a very important group for the six global organizations that help children united in The Children’s Revolution (SOS Children’s Villages, Educo, Plan International, Save the Children, UNICEF Spain and World Vision) and for Zinkia, which creatively signs this project.

Since its inception, Muchoyó has aimed to raise the voice of children and adolescents, in addition to raising awareness in society about the importance of fulfilling the fundamental rights of children. He does it through his own video clip, with a claiming and groundbreaking language, and a black and white aesthetic. The piece begins a fictional journey through a world dominated by injustice and lack of rights, in which serious problems such as child labor, sexual violence or armed conflicts are drawn. And discrimination through reading of his manifesto.

Muchoyó is wearing a T-shirt that reads “I AM A LOT”, a play on words with his name with which he claims to adults that his height and age are no reason not to take him into account and respect him. The movement puts up for sale a collection of t-shirts, in children’s and adult sizes, to raise funds for child care projects of the six global organizations of The Children’s Revolution. Muchoyó’s t-shirt costs 20 euros and is available at Correos Market and at all Correos offices, which have supported this initiative since its launch.

Funds will also be mobilized through the music of Muchoyó, the anthem of the movement that is available on all music platforms, and that exceeds 100,000 listeners on Spotify. The song has been composed by the young rapper from Alicante, Nuria García, a.k.a. NG, in collaboration with SFDK, one of the most influential hip hop bands of the last 25 years in our country. 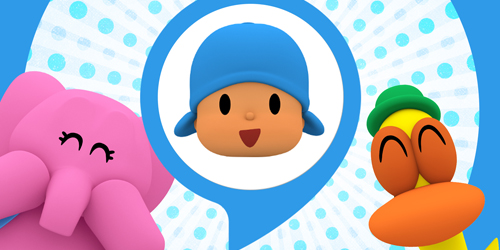 “Talk to Pocoyo” is the new skill that is added to the catalog of preschool content offered by Amazon Kids, an Alexa service aimed at the little ones, through Alexa. Children will be able to interact and talk with their favorite character and discover, through play, multiple aspects of music, colors, the world of animals… In this way, Pocoyo will be present on Amazon Kids on Alexa, along with other skills oriented, among others, to learning and practicing languages ​​or music.

Alexa users in Spain can access Amazon Kids for free through their Echo and Echo Show devices in a safe, fun and adapted environment for children between 3 and 12 years old. And among the many features it offers are educational and entertainment skills, such as “Talk to Pocoyo”, as well as playlists designed for children to play and learn with Alexa.

For the peace of mind of parents, there are many other new features that Amazon Kids incorporates in Alexa, such as the parental control panel, daily time limits, children’s profile, voice purchase blocking, explicit content filter, numerous educational content , as well as voice and video calls with parent-approved contacts. The little ones will receive answers appropriate to their age in tone and content. To start the Amazon Kids experience on Alexa, parents must create and approve a child’s profile through the Alexa App. It is also possible to create a Voice ID on devices with a screen and the experience can be activated on one or more Echo devices in the home, as well as use the child’s profile on a shared device or dedicate one for exclusive use of the child.

The little ones can now safely use Alexa and connected devices, and learn, play and interact with characters like Pocoyo. 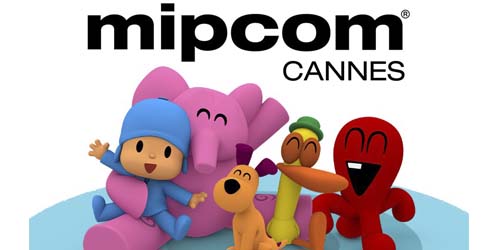 While fully immersed in the celebration of Pocoyo’s 20th anniversary, Zinkia continues to work on new content and has its sights set on the start and production of its fifth season. The new episodes will see the light in 2023 and will include significant changes and new characters like “Pocoyina,” Pocoyo’s sister. This is part of the news announced by the company at the latest edition of MIPJunior, the event kicking off MIPCOM dedicated to children’s content, to be held in Cannes on the 15th and 16th of June.

It was precisely at this event that Pocoyo was unveiled for the first time, 20 years ago. Since then, the series has experienced an unstoppable expansion through free-access television, cable TV, VoD platforms and OTT in the USA. A growth that has been fuelled by important partnerships with HBO Max, Cartoon Network, Disney+ and Netflix, among many others.

In addition, Pocoyo is one of the key references in children’s content on YouTube, where it has over 37 million subscribers and its videos have been viewed more than 6.5 billion times in the past year.

New properties in the catalogue

Zinkia is also progressing in the development of other properties making up its portfolio. This is the case of “Yanco, Dina y los Dinosaurios”, the studio’s new property and its first original project in the last 15 years. Aimed at audiences aged between 6 and 8, it will include an animation series for TV and platforms, as well as specific content for YouTube and mobile devices. Other titles are “Bumpy: the Bear,” a traditional animation series which is expected to have 52 episodes lasting 7 minutes, and the productions “Ghost Bros” and “Bugsted.”

In the words of the studio’s General Manager, Víctor M. López, “Zinkia is tackling a total overhaul, with an ambitious content production plan for Pocoyo and a redefinition of the brand’s commercial operations. In addition, we are currently immersed in the development of three new projects that will see the light over the coming years.”